888 Dupont reopens after being absorbed by condo developer

Hours after she sits down in front of a bowl of black-baked chicken and greens at the back of 888 Dupont, the quiet rapture of Angela Cardoso begins to clear her mind and the… 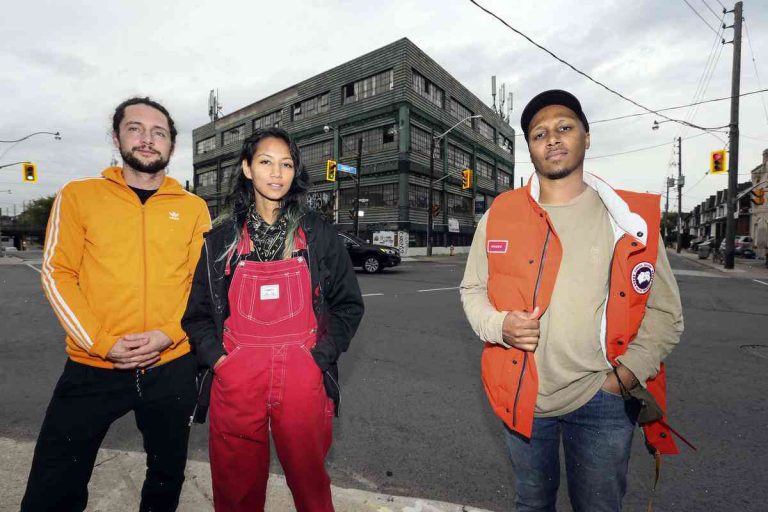 Hours after she sits down in front of a bowl of black-baked chicken and greens at the back of 888 Dupont, the quiet rapture of Angela Cardoso begins to clear her mind and the small kitchen to the front becomes a swirling vortex of silliness and anomie, energy and inspiration.

Her forehead crinkles with intense focus as she laughs, nods, claps and shifts as quickly as the dance moves of a young, restless youth who has seen a million of the other 2,000 artists in the space. She whips her head left and right just as the plate of black beans over rice is being finished. If the room were a moving image, it would be a million frames long, from one continuous exposure, as the bowl of chicken doused in soy sauce is pulled away by her fingers.

She finishes her meal, grabs a mug of coffee and before the clock hits noon, she jumps on her bicycle. After a few kilometres she makes her way to a dispensary near her home in Yorkville, where she makes a solitary tobacco-chamber-and-quill 911 – only to have police block her way and continue the delay.

Her unfazed face turns away from a passing cop with a grimace, but she forgets momentarily and smiles graciously as she gets in the saddle. Her wincing form breaks slightly but she wins again and the 888 full of amazement reappears.

This is Cardoso’s day job. This is her street identity. This is 888 Dupont, a landmark in the gentrification of downtown Toronto that has catered for an eclectic and burgeoning neighbourhood art community for more than two decades.

As the result of consolidation, the gallery has closed its doors to artists, but can continue to exist as a cultural resource.

Their departure, combined with the city’s ongoing gentrification and a recent recession, has left a host of downtown artists wondering what the future holds for this neighbourhood.

Cardoso and fellow group show curator Ricci Chia knew 888’s original landlord, who sold the building earlier this year. Though she was initially excited about the change, the remaining artists were fearful of being evicted.

888 Dupont had “done its work,” and moving to another building in the area “looked like it would be really nice for our neighbourhood.”

While others fretted over where they could find permanent artistic space, Chia, a 40-year-old art historian and educator with only a BFA, felt no emotion because she was taking 888 into her own hands. Her first move, she says, was to buy furniture and gallery decor for the space, making the cash stretch farther while carefully stashing the cash that still came in with sales at 888.

In a week of deciding how to share the space, Cardoso and Chia conceived and executed 3 projects that “stood out”:

A project by street artist Banksy that invited the community to come together and mingle.

An initiative to introduce street performers to the space and give them a space to perform at happy hour.

A collaborative project by the performers to display the work of street artists on their bellies.

For Chia the biggest challenges at 888 were “finding a balance between the institutional structure and the anti-structuralist process of creation, while at the same time creating a co-operative community where you become a provider of what everyone is willing to provide, which is quality work.”

It was she who orchestrated the debuts of such contemporary artists as Sean Beachley and Jeremy Coon; illustrator Meredith Wiley; and sculptor Kerry Jones.

When they moved to a larger, fully functional space in a 2,000 sq ft building in the “enterprise district” next door in May of this year, 888 could expand its outreach and better cater to “the growing number of English-speaking artists who were part of the neighbourhood.”

The collective anticipates their legacy will be found in “in our intimacy with one another, our willingness to not only share our work but provide space where we can collaborate and enjoy ourselves.”