Bali: Man who gives away free rice and plastics gets Facebook love 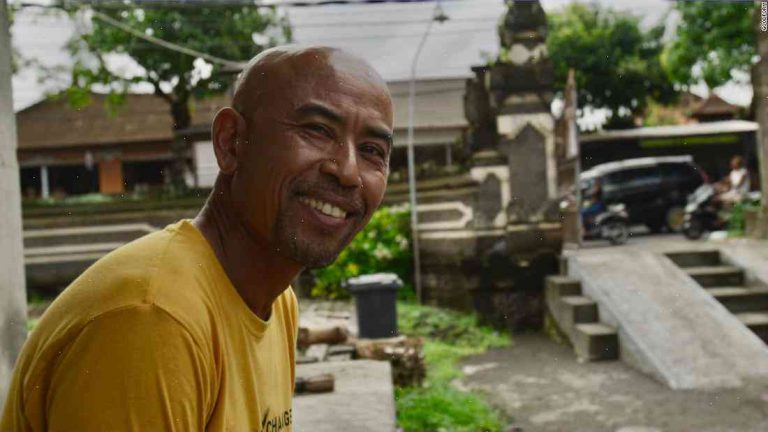 A man who received an award from CNN for handing out free rice and encouraging people to collect plastic bottles for recycling has been praised on social media.

Suriantha Siagian was given the full CNN Hero award last week for his charity inspired people in Bali to be kinder to nature.

His messages on social media, including the sharing of his free 1kg bags of rice, are getting people thinking about using less plastic.

His Facebook page, which is visible to everyone, currently has more than 45,000 “likes”.

“I want to help and was introduced to the idea of collecting plastic bottles and recycling it to create change,” Mr Siagian told CNN.

In the interview, which was given last week in Orlando, he added: “The most beautiful thing is I think we can live a better life.

Now, his message is becoming a rallying cry for social media users who want to reuse more and recycle less.

Earlier this month he shared a photo of a pile of plastic bottles on Facebook and said the world is “really turning a corner”.

Photos on his Facebook page show tens of thousands of free plastic bags from China that Mr Siagian gave out.

His message: “I feel proud and thankful when I receive these bags. Hundreds of people have been coming to collect plastic bottles for recycling and I have never received this many people before.”

“I will not let up, I want to make a difference in the world,” Mr Siagian said in the CNN interview.

His Facebook page shows even more of his keenened awareness of the environment.

When a journalist from the Daily Mail asked what he felt about the oceans drowning his body, Mr Siagian wrote: “Hurt and sad, I’m grateful I can make a positive change.

“Somebody had to do it, it can’t just be my son. It’s important we want to live a better life.”

“What you’re doing is profound and inspiring,” she said to him as she gave him the award.

CNN’s Heroes are recognised people around the world who are changing the world for the better and have demonstrated unselfish action that the rest of us can emulate.