A declassified Brazilian government study released last month called for the murder of President Jair Bolsonaro and dozens of other leftist politicians and military officials. The highly classified report by the national armed forces… 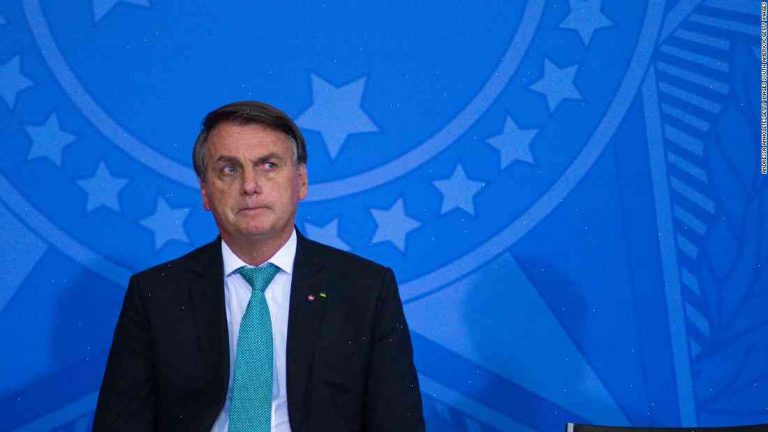 A declassified Brazilian government study released last month called for the murder of President Jair Bolsonaro and dozens of other leftist politicians and military officials.

The highly classified report by the national armed forces described a bloody terrorist campaign by the Jundí militia in the late 1980s and early 1990s. The militia, or guerrilla group, staged a series of bloody attacks against the military government and civilians. Their members shot and bombed their targets and stole weapons and vehicles before being arrested.

Bolsonaro is one of 10 leaders and activists on the group’s wish list, alongside former president Fernando Collor de Mello, former President Agnelo Queiroz, and others, according to the ministry’s report.

The analysis makes no mention of the attacker’s chosen method: the murder of the leaders and military officials.

Still, police and other experts have made no secret of the militia’s preference to kill civilians, though some security experts and politicians have said the group occasionally killed military officials. A 2011 analysis by the Brazilian news magazine Veja found the militia executed at least 20 military personnel.

The study also said the militia took part in a third of attacks against government targets. The militia carried out at least seven attacks on General Carlos Alberto Mogica Amaral, known as Carlos the Jackal, the report said.

The report was obtained by the Jornal do Brasil, a government-owned newspaper, which published the full report along with images of the analysis.

Bolsonaro’s campaign and his party could not be reached for comment.

For weeks, Brazilians have been fascinated by the new president, elected last month. Though Bolsonaro is a law-and-order conservative, he has sought to further centrist policies and distance himself from the far-right, populist policies and ideology that followed the military dictatorship.

But the leaked report has not gone over well with Bolsonaro’s supporters. Ana Carreira, a congresswoman and a supporter of Bolsonaro, took to Twitter to criticise the military for the leaked document. “The enemy of leftists has embarked on a bloody attack, but how will those who predicted it?” she wrote.

The study found that the Jundí militia members’ motivations for violence ranged from the economic to the cultural. Militia members frequently complained about unfair discrimination and economic disadvantages in education and job opportunities, even as they typically sought lower taxes and small government.

Militia members engaged in strong anti-cultural influence, especially that of the military. Their religious beliefs were described as largely anti-Semetic. Some reports said the group’s most devout members believed in a form of anti-theism, opposing religious groups.

The report called for the deaths of, among others, the former leader of the Brazilian Social Democratic Party, Alfonso Chiquito Anisimoro; Oceania Morais, a progressive TV journalist; and members of the National Conference of Veteran Religious Organizations, to be carried out in revenge for the deaths of civilians by the paramilitary forces.

Some Brazilians took the report as an attempt to silence dissent. Eduardo Bonilla, a 33-year-old model and activist who was released from prison as part of a landmark peace accord between Brazil and human rights groups, called on the government to turn over the classified documents.

“A mass act of political murder is going to happen very soon,” he said in a Facebook post. “Where is the justice system?”

Lawmakers call on Richmond to improve the city’s pedestrian bridges