Comedian Dave Chappelle said he’ll meet with transgender critics about the term “he-man” after they used it to attack the actor at last week’s American Film Institute Awards, where he was awarded the Outstanding… 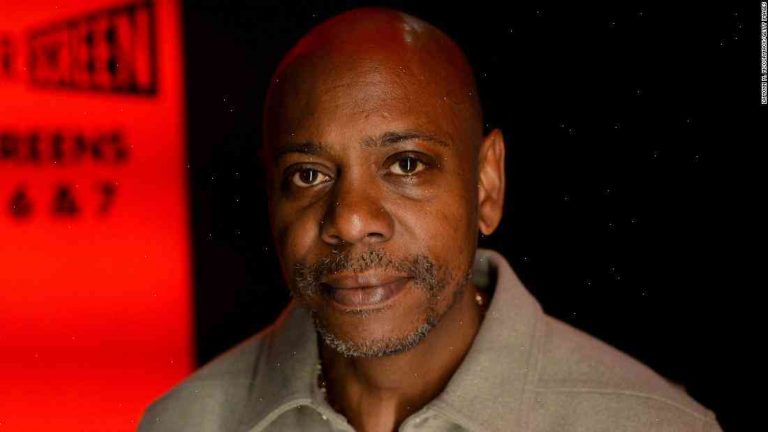 Comedian Dave Chappelle said he’ll meet with transgender critics about the term “he-man” after they used it to attack the actor at last week’s American Film Institute Awards, where he was awarded the Outstanding Performance by a Male Actor in a Comedy Series for Netflix’s “The Marvelous Mrs. Maisel.”

“While it’s easy to me to see how that person might have heard a TV and misinterpreted a word that may have been, word-wise, (or) just gender-wise, I’m also not going to bend to anybody’s demands on this one,” Chappelle told Complex. “And you know I don’t think we are here to get anybody’s respect based on anything, including a word that wasn’t used by them.”

The host of the evening attempted to explain the term.

“It’s just a word,” he said. “That’s all it is. It’s a little word that people have a lot of anger about. And, yeah, ‘cisgender,’ that’s where you’re living as part of the same gender, but you’re not really saying that you’re in that sense, so for them, that is the more mainstream version of things. So, we’re not really saying it that way, but they say we are. That’s how I think about it.”

He added, “Because it doesn’t matter in the grand scheme of things. People can say whatever they want to say. And that’s the way I think about it.”

He said those who used the term at the AFI Awards were in the minority.

“A lot of people, the vast majority of people, do not use it,” he said. “And if you do, it’s mild. It’s not something that would be one of the things that would, you know, shock you.”

Chappelle was originally criticized for “I’m Not Ashamed” by the parents of two young girls, Avery and Emma, who wore rainbow clothing to school to show support for the LGBT community.

His song talked about the struggle to be open about one’s sexuality.

“Some people go out in the woods and they hide. A few of them got shaved heads, but what’s that got to do with it?” Chappelle asked in a New York Times clip. “A person that chooses to behave like that, acts like that and identifies as that, that’s their own business. Not my business.”

When asked for an update on the twins’ father-daughter relationship, Chappelle replied, “That’s the great secret I can’t tell you,” before turning his head.

The “It’s Always Sunny in Philadelphia” actor got a laugh earlier in the year when he appeared on “The Late Show with Stephen Colbert” and called “slut-shaming” a “horrible disease that’s killing our culture.”