Drivers in Toronto find their tints painted over as they wander aimlessly around a stretch of road – all to fill in the details of their tickets Drivers beware: Parking spots painted on this… 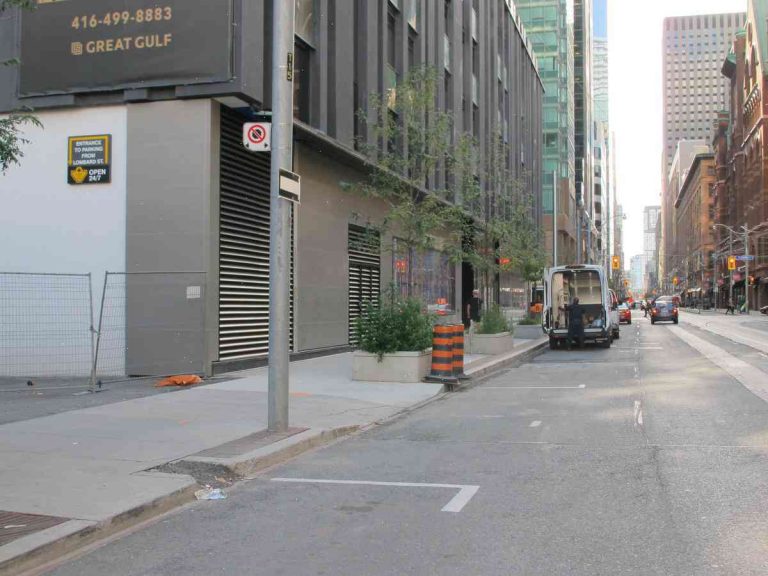 Tinted drivers may want to take a close look at the pedestrian parking spaces on a Toronto street.

Along a stretch of west-end road, two of the parking spots are marked “PARKED” and “CALLED”, while the other two are no longer bright yellow but broken off to a deep brown.

In June, Toronto city council voted unanimously to partially ban the practice of driving around dinged spots to get the details of tickets that may have been issued there.

That decision brought with it a crackdown on semi-official markings – known as “parking spots” in Toronto – and did not apply to carpool lanes, carousels, driveways or shopping plazas.

Tundra, a car and truck firm that owns the strip of road, has since painted over the markings, telling NBC News the current parking spaces had been designated to accommodate the completion of a roadwork project along the stretch.

“The space in question was designated as a parking spot by the city to accommodate a roadwork project occurring down the street from my business,” Dave Arthurs, a Tundra truck driver, told NBC News on Friday.

“We were told by the city that the right of way was parking spot, just a temporary spot temporarily identified for us while they perform the roadwork project.”

But, Arthurs said, the road was deemed done, so the flag was removed.

Last month, an employee of another company painted over a spot on a Toronto street “issued at the direction of the City of Toronto” to provide advice to drivers, according to their representative.

Mike Sauder, director of public works for the city of Toronto, told the CBC on Wednesday he did not know what time or how drivers were driving around the spot on that street, but said the spot should be the place “for signage purposes”.

Drivers will be allowed to park on the spots, Sauder said, but only if they show proof of parking in that space, with no parking in city-designated spaces.

READER SUBMISSION: ‘The pastor was cut off, and he was begging, “Please save me!”’