Greencross: why it’s not about the gender when it comes to racing cars

Her four wins have come despite previous runner-up finishes but, despite being up against ‘proper guys’, she has been able to mix it with world-class athletes The 17-year-old Ariana Greencross was 14 when she… 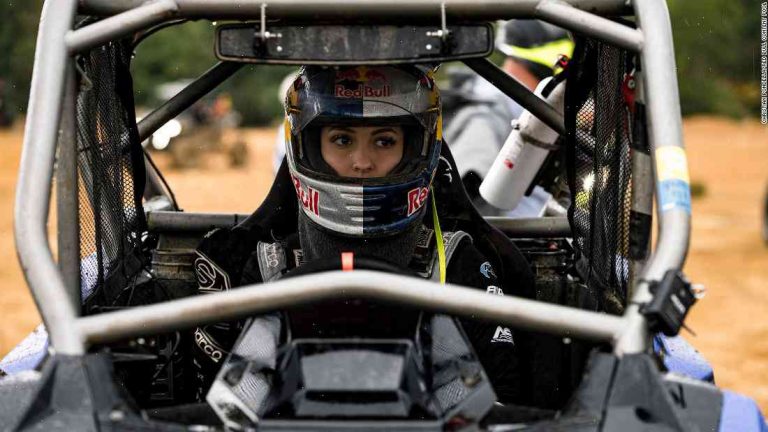 Her four wins have come despite previous runner-up finishes but, despite being up against ‘proper guys’, she has been able to mix it with world-class athletes

The 17-year-old Ariana Greencross was 14 when she made her first official start in an off-road series in America. The result? Wins over 20, 30 and 40-minute races as she was crowned champion of the 18 and under division.

Now at the top of the junior circuit, racing in the Ford Focus series in America, Canada and Europe, Greencross has continued her success despite many competitors saying that she would never make it into a men’s race because of her gender. But her dominant performances show the opposite – despite facing athletes of more experience, she has proved she can beat them.

“A lot of girls train six days a week,” she says. “They train with the boys, play with the boys but not really do anything on their own. I thought, ‘Why can’t I just race?’”

Greencross, who works as a promotions assistant, won a continental cup in the Netherlands in April with a time of 13min 17sec. Other wins have come despite some of the world’s best. A 30-minute race in Canada in November won by Greencross, known as Spitfire, was labelled the Women’s Nationals as it was held in Ontario’s King Township.

“I’ve competed against guys who race for over 10 years now,” she says. “It’s just like any other sport. I haven’t been scared of them.”

Despite the powerful equipment, Greencross says she is not surprised she has continued to compete. “Honestly, I think it’s just a question of learning and getting better. I am racing because I love it. It does not matter the sport.”

And what about the pressures that come with excelling in a “boys’ sport”?