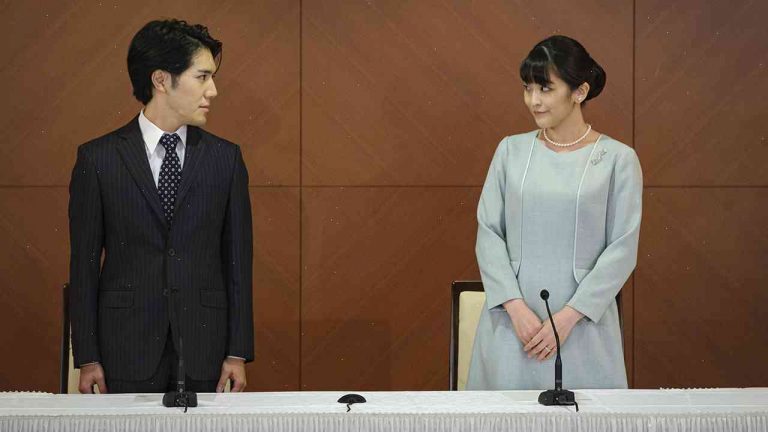 Princess Mako has married Kei Komuro, a rank-two human rights attorney in his early 30s. He is 16 years her junior.

Mako’s father Emperor Akihito, 87, and her stepmother Empress Michiko are both retired. Their sons Crown Prince Naruhito, 57, and Crown Prince Akishino, 55, have children and do not have any other siblings.

The Japanese Imperial Household Agency and the Imperial Household Council sent a clear message that only a boy will be allowed in the royal family now. It’s the third time a “replaced royal” has been groomed to be the next emperor. Mako, 26, is unable to become an actual princess because she is not married.

Mako was born in 1988 to the Imperial family’s first married daughter, Mako Sawada, who married Prince Akishino in 1992.

According to Tokyo Kogyo Times, tradition dictates an emperor’s son has to be born of a female because his wife’s pregnancy carries higher risk of miscarriage, birth defects, and other genetic diseases.

According to Kyodo, the Imperial Household Agency said the real “losing of the royal status” doesn’t begin until the retirement of all high-ranking imperial family members.