The political system in Kenya appears to be crumbling around President Uhuru Kenyatta and his deputy, William Ruto. Kenyatta ordered the military to put down the protest against his re-election last week, which left… 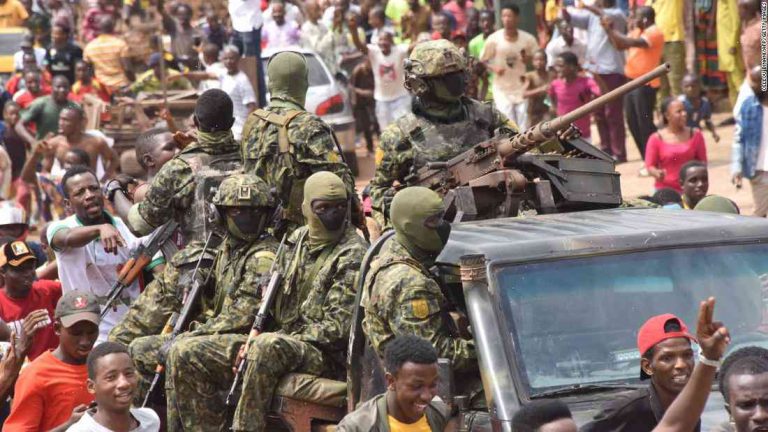 The political system in Kenya appears to be crumbling around President Uhuru Kenyatta and his deputy, William Ruto. Kenyatta ordered the military to put down the protest against his re-election last week, which left more than 60 people dead and hundreds injured. But the government is finding it hard to suppress calls for the return of a former president, Daniel arap Moi, whom the opposition claims was unlawfully ousted from power by Kenyatta. Since last year the opposition has begun promoting the idea of a “jirga,” or national constitutional conference, to explore a possible political return of Moi. The opposition has claimed that last year’s “swearing-in” of Raila Odinga, another former president and opposition leader, was an illegal act and therefore a coup.

As a second-term president, Kenyatta had previously dismissed talk of a coup. But his actions following the unrest this month have led many Kenyans to believe that he has lost confidence in his government’s ability to manage its affairs. Kenyatta now wants a referendum on the new constitution that is due to come into effect in August. The constitution’s aim is to establish a devolved national government in which the country’s 47 county governments would play a more prominent role in national development issues. Kenyatta’s Jubilee Alliance, however, has raised concerns about a “devolution logjam” — a formula whereby the budget process in national government, including the selection of Cabinet secretaries, is delegated to county governments, which have powers of decision making but responsibilities, many of which may not be in accordance with the new constitution. This has angered many county leaders, who have called for the swearing-in of Kenneth Mtengo, the former governor of Kirinyaga, who has been called the new “indigenous leader” of county governments. Kenyatta and Ruto are campaigning for changes to the constitution to deny the return of Moi’s supporters the power to appoint governors.

The opposition claims that the military had to remove the ministers last week because an alternative government, whose members would have acted without interference from the presidency, was being formed. The opposition claims that since none of the 11 ministers came out in support of the government’s line of actions, Kenya’s military had to intervene to restore the legitimacy of the presidency.

Earlier in his presidency, Kenyatta had criticized the military for playing a purely domestic role and was concerned at the emerging militarism. But it seems Kenyatta has returned to the battle against his own soldiers, this time on national security grounds.

Historically, coups have been associated with modern-day Africa, partly because military leaders took power as political liabilities. But coups are not confined to modern Africa. The return of a former president to Kenya is itself a cause for fear. The People’s Party of Kenya is a supporter of the return of Moi. Many of the presidents of Kenya who came to power in 1969 were part of the People’s Party. History provides a tragic example of why power is an elixir to such a leader: Moi held power for 30 years during which he crushed the opposition and brooked no dissent. He came to power in 1978 amid the worst recession in Kenya’s history. During his rule, a quarter of Kenya’s population died. It is a fate that all coups bring and is necessarily the case in most African countries.

Read the full story at The Times.

A look at the horrors of the Nuremberg Trials

Photo: Kenyatta’s ruling party had a bit of a bust in Tuesday’s elections