In 1822, during the French invasion of the Gold Coast, many of Benin’s priceless artefacts were looted from the city’s main museum. Up to 80% of the artefacts were lost forever. Today, a collaboration… 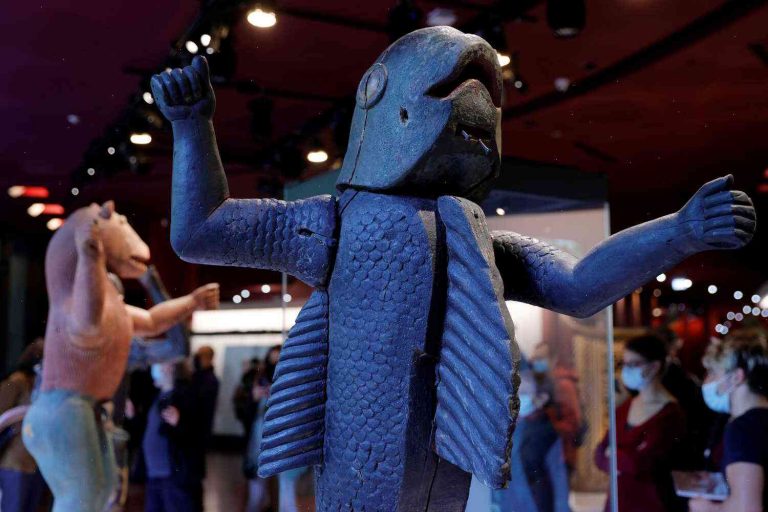 In 1822, during the French invasion of the Gold Coast, many of Benin’s priceless artefacts were looted from the city’s main museum. Up to 80% of the artefacts were lost forever. Today, a collaboration between the Benin Museum in London and leading international museums aims to help deliver these legendary treasures back to their home country.

It took many years to secure the paintings, sculptures, pottery and shoes that were stolen. It was a bitter pill to swallow for people in Benin who were trying to preserve their heritage. The relics, which they had lived with and loved, were permanently lost. In the early 19th century, Benin decided it had to find a way to get back the valuables.

For a huge part of the struggle there was no one to negotiate with. We need a political settlement in Benin so the archaeology can be shared between the two societies. The main reasons for going on a journey with these looted artefacts is to rebuild a better relationship with Benin and to get the artefacts back and returned to Benin.

Benin’s great archeologist, Apso Akwenda, was one of the reasons we got involved. Before Akwenda, it was never easy to come to London with Benin’s artefacts to discuss them. There was all this distrust and it was almost unheard of for any African country to bring artefacts to Europe. As soon as they came, they were embarrassed by the white people and then there was all this talk about how they were not full African objects. Akwenda was very calm.

My father is from Benin and worked for my uncle in the 1970s. We would sit around in the evening and we used to show him pictures of Benin before the invasion. His first response was: “they did not do that. We don’t steal artefacts.” He was really pushing for our involvement.

People in Benin have not seen the artefacts in half a century. The paintings there are going to bring emotion and love back to the city. It’s full of diversity, life and beauty. We found that in Benin in the 1920s, the artefacts were found on the city’s outskirts by somebody. These were not displayed in a museum at the time. People really remembered them. They had thought they would be back to Benin before they died. Now we are bringing them back together.

The treasures have travelled for 10 years and worked on the way up to London. Some of the artefacts, such as the women’s shoes, were never given a proper place to lay out and look at. It feels good to have these treasures in the museum for the people. The paintings now look like paintings that should be there. We want to present these treasures back to Benin.

The objects would not necessarily be loaned again to Europe. We want to restore the relations with Benin and start work in making a foundation to support the museums and museums on the continent to co-locate in a bigger space where you can make use of what is here in a big way to promote our scholarship and schools.

Tantafelwa will bring together Benin’s cultures and beauty. They have worked hard to preserve all these treasures. It feels good when they are back with us in a beautiful way. We would love to help them build a return foundation in London to preserve these masterpieces for the coming generations. It’s a very powerful story and to bring them back to Benin will help to save our history.

The festival took place in the background of one of the largest oil spills in history. The story of these rich treasures is one of our only examples of an investment in our people. For me it’s an absolute privilege to have these objects in the V&A.

• This article was amended on 12 January 2019. An earlier version said the people of Benin were embarrassed by European artworks when they were brought to Britain. This has been corrected to “sadly, when they come”.