Delays aside, the city gave TARC a go-ahead to continue this redesign project in Green and Kingsway. This meant they had to assume responsibility for the significant shuttering of traffic lanes. At the press… 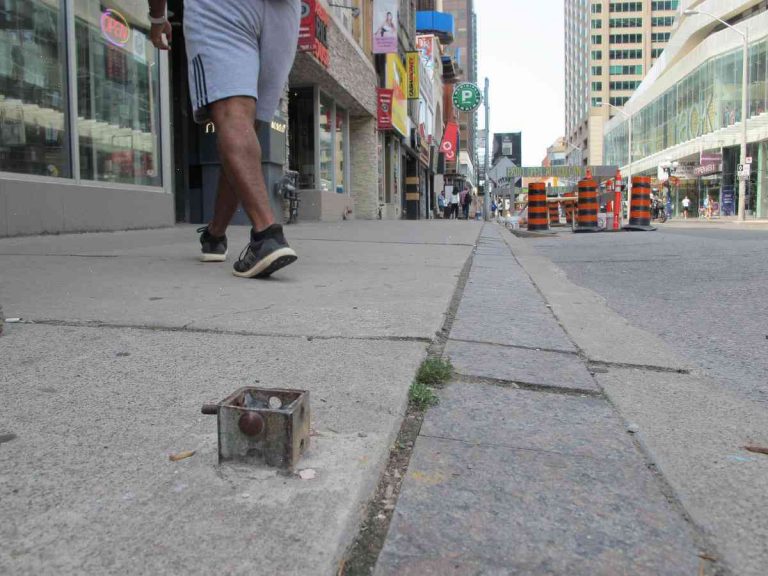 Delays aside, the city gave TARC a go-ahead to continue this redesign project in Green and Kingsway. This meant they had to assume responsibility for the significant shuttering of traffic lanes.

At the press conference, the Acting Transportation Director, Csaba Cszlak, explained that the goal was “to balance both the private sector and the general public who are affected by disruption in their lives.” One’s faith in that statement was arguably hit hardest by the dispatch Wednesday afternoon of a 3:30 p.m. transit strike call.

The redevelopment of the intersection continues as the removal of one lane per block continues. In the dead of winter, the coldest month on record, that can add up.

The public transit disruption wasn’t easy, either. The staff at Toronto Transit Commission blamed the union of the Transport Workers Union Local 113 for refusing to negotiate a new contract. With sub-zero temperatures pounding the GTA, it’s hard to think the Union would risk the wrath of its membership by sacrificing a night’s pay. (The transit union’s current contract expires at the end of April.) And it’s hard to escape the realization that that bus drivers union offers more notice than the one for public transit workers.

Mr. Cszlak pointed out that all routes are still running at midday. He also thanked the Toronto Police, TTC, and volunteers for assisting them in their work.

Even so, there was plenty of city staff who had been left to carry some of the burden of this March Job Fair. Others seem to be prioritizing sanding concrete over walking around a downtown intersection. And then there’s the seniors, who seemed unduly outraged by the redistribution of attention to their plight.

After one reporter asked if TU does consultation with seniors, TU Region President Carl Beasley struggled for a few words before sarcastically joking, “not in that order,” and becoming more animated when it was suggested his members should be able to walk out of this disruption.

“Where’s this provision for senior citizens? Are you kidding me?” he asked, putting on a shrill voice, shouting, “Who’s going to take seniors in this city on their daily errands? Who are you kidding?” He then rhetorically asked how the rest of them lived up to the same standard of their seniors counterparts.