‘Over a half-billion dollars worth of attack ads’: Pence hits McAuliffe on Virginia governor race 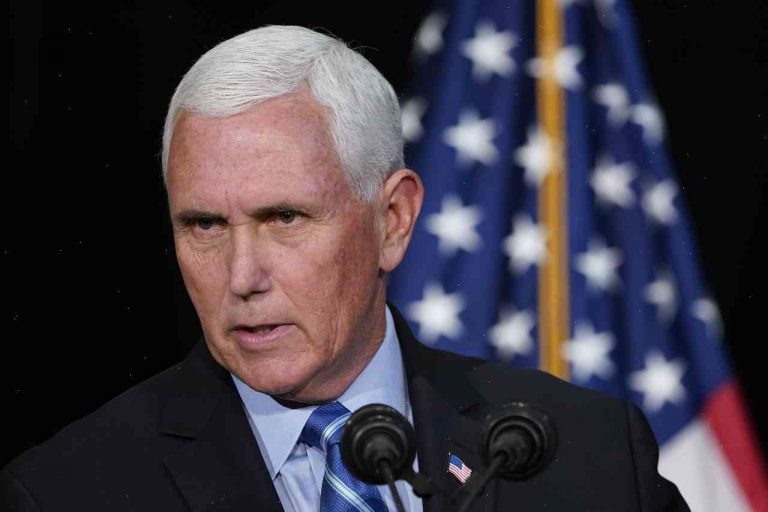 WILMINGTON, Va. — Vice President Mike Pence waded into the messy Virginia governor’s race here on Friday, stumping for GOP candidate Ed Gillespie over longtime Gov. Terry McAuliffe and the Democratic super PACs that are now fighting over whether taxpayer money should be used to pay for pro-Gillespie ads.

“Over the last 24 hours, we’ve seen — can you believe this? — more than a half-billion dollars worth of attack ads, some of it paid for by the very special interests in Washington D.C., the national Democratic Party, some of it paid for by the usual, like the Chamber of Commerce and the old Democratic party to make sure Terry McAuliffe, Senator Tim Kaine, wins this election,” Pence said at an event here.

The latest poll, conducted by NY1 and Marist College, shows Gillespie leading Democrat Ralph Northam by just 3 points. In a much more crowded GOP primary, the Republican was outspent seven to one by Democratic Rep. Tom Perriello.

Democrats have long waged aggressive campaign against Gillespie, arguing he only supports policies like voter ID laws because they’re bad for Republicans, and that he panders to Trumpian views.

Gillespie, meanwhile, says that Northam wants to take away your guns and claim all sorts of money.