Image copyright EPA Image caption A demonstrator outside Moscow’s Siberian city hall holding a banner that said “marija” or red in Russian, used a green colour to spell out ‘lenin’ or old. One suggested… 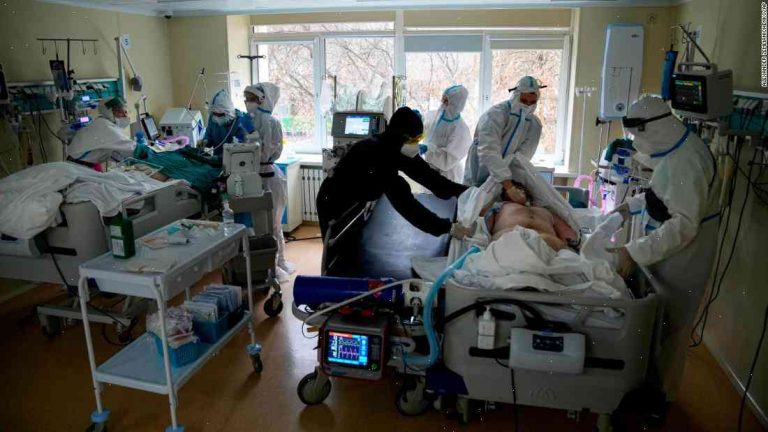 Image copyright EPA Image caption A demonstrator outside Moscow’s Siberian city hall holding a banner that said “marija” or red in Russian, used a green colour to spell out ‘lenin’ or old. One suggested that Gorbachev had darkened the sky, and another read “Mariga-19 vismir!” (he who blows the whistle on government).

A Moscow government agency has ordered the mayor’s office to remove unvaccinated older people from public places after the virus that caused the crisis last year threatened to spread further.

Those over 60 are being told to stay away from public places – including hospitals, schools and post offices – until the end of March.

The chilling Kremlin move comes after at least 32 deaths from the respiratory illness, and more than 16,000 illnesses.

Mr Putin has used the issue to win votes ahead of the March presidential election, which he is widely expected to win.

Deputy prime minister Yuri Borisov said the virus had not yet reached the capital, but told the city authorities they should take all possible precautions.

He also told doctors to provide vaccination by special dispensation for those who could not or did not want to get the vaccine.

But many older people in Moscow told media they were worried they could become isolated in their homes if they did not have medical insurance or the money to pay.

Anticipating criticism, the city authorities issued a statement saying they could not “assign priority to specific age groups” and health workers were meant to do their best, “no matter what age, gender or religious belief”.

The outbreak first hit the city in December.

Experts say around 1,000 people a day are contracting the virus.

Most of the infections are in the south of the country, near Russia’s borders with Ukraine and Moldova.

Protesters in the city centre gathered behind a giant banner reading “marija”. The green colour was used a green in Russian to spell out “lenin” – literally “old”.

Another woman – who held a small doll of the late Russian Communist party leader Leonid Brezhnev – asked about the “missile duty”.

Image copyright EPA Image caption A woman holds up a banner saying “vismir!” (he who blows the whistle on government)

Mr Borisov urged his doctors to “be prepared for pneumonia, ear infections and the plague of the flesh”.

He also hinted that it could be dangerous for the elderly to travel abroad.

“These people may be travelling to large cities like London, Paris or Tokyo,” he said.

Only last week, President Vladimir Putin took note of concerns about the risk to the elderly in Moscow and added that he hoped that the number of infections would diminish.

Wildlife photographer of the year – a live broadcast