Photo London’s Barbican Center, home to the Barbican Centre for the Arts, is set to reopen with a huge exhibition space, an arts council residency programme, a real estate development and a brand new… 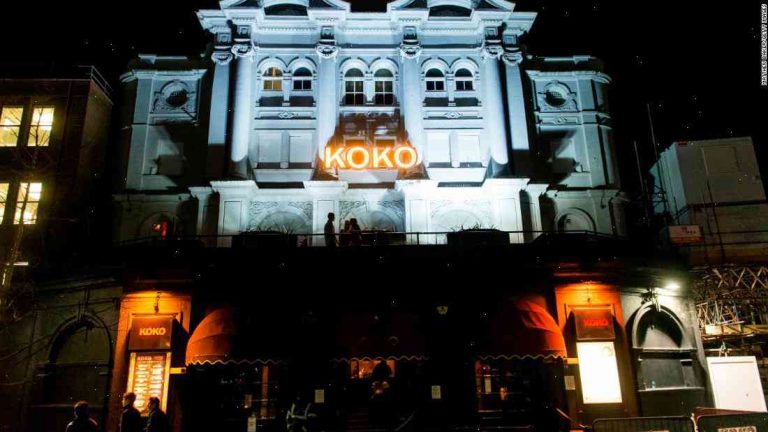 London’s Barbican Center, home to the Barbican Centre for the Arts, is set to reopen with a huge exhibition space, an arts council residency programme, a real estate development and a brand new 1,000-seat theater designed by an unnamed firm.

The reopening of the arts center will mark the second milestone in its 26-year-long renovation. It was closed in 2008 for $100 million renovations. Now, on Sept. 1, 200,000 square feet of new art space will be dedicated to solo and chamber performances, plus film and photography programs, programs by live art and music, and workshops and classes.

A new 250-seat theater and new arts department will host almost 600 new artists in London. Workshops will be led by U.S. students as part of a cooperation agreement between arts center and New York University.

Other sculptures — including the Gernot Heussler bronze “Sleeping Child on a Table,” Henry Moore’s “Incense and Diamond Rubbed Parchment” and London artist Rachel Whiteread’s “Drax-Eletroject” — will be shown together for the first time.

All seats in the Barbican Center are handcrafted, with a rich selection of leather seats donated for art gallery.

The refurbishment of the arts center will take two years. According to the Barbican Center’s website, about $22 million of the renovations was funded by trusts, foundations and individuals. About $26 million of the cost was covered by the Arts Council, the London Borough of Islington and the Deloitte Private Equity Group.

People will be able to pay about $86.50 (43.27 pounds) to enter and see exhibitions and events. Sixty percent of the funding for the restoration was supported by one of the center’s patrons, The John Templeton Foundation.

There will be eight outdoor stages for international touring and new-world arts programs.

Alumni will also be invited to share their stories, and 10 touring arts groups, including a Russian folk music group, Hungarian opera singers and a stage show based on children’s books, are among those that will perform during the year ahead.

In the meantime, members of the public will have access to a series of free public performances, which will run on the center’s existing buildings on College Green and South Row. They will feature children’s music and theater programs, music and dance workshops, stories for children from 10-18, information, workshops and screenings.

There will also be talks about visual culture and arts projects in “fashion, design, film, architecture, design, architecture, theater, performance, and poetry.” Also included will be “events that combine drama, action, drama and ideas, improvisation, and drama, improvised theatre and circus arts.”

Until the building is open to the public, various events will be held at the Center’s existing facilities. On Sept. 1, the arts center is set to open its doors for the first time.

In October, the reopening will mark 100 years since Britain’s first modern museums — in 1895, as the Arts and Crafts movement was gaining ground.

The arts center will be called the Museums, Archives and Art Galleries at the Barbican. A free event will be held on Oct. 7.

Girl Kidnapped by Mom, Now 6, Wins Back to Italy in Historic Decision