Turks expel US ambassador over Incirlik base halt 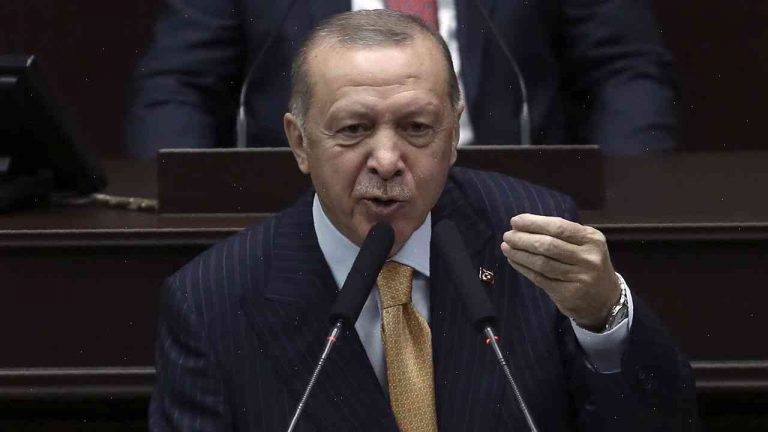 President Recep Tayyip Erdogan has banned US ambassador John Bass from entering Turkey, after the United States said it was suspending military operations there.

Mr Bass said he would stay in Ankara for now, but would leave Turkey once talks are settled.

Mr Erdogan’s office, in a statement, said the US ambassador would be “persona non grata” for six months.

Nine other foreign diplomats are also on Mr Bass’s list of “persons of interest”.

A Turkish court ordered the arrest of 20 members of the Kurdistan Workers Party (PKK) in relation to an attack on an army patrol last month.

The PKK, an offshoot of the banned Kurdistan Worker’s Party (PKK), is banned as a terrorist organisation in Turkey and the US.

PKK troops have been carrying out an operation against the Turkish army in south-eastern Turkey.

The US embassy in Ankara said it had been notified late on Friday that flights from Incirlik airbase would end due to Turkish government authorities’ “barriers to US military families participating in official military exercises”.

“We remain committed to our friendships and partners in Turkey and urge the Turkish government to return to the process of normalisation and reopen the skies,” an embassy spokesman said.

The US army stressed its operations at the airbase – used by US and coalition troops to launch air strikes on Islamic State (IS) militants – had been suspended for “non-political” reasons.

“We will work closely with US partners in Turkey to minimize any disruption to our US troops and their families, and ensure that their needs are met,” said Col Patrick Ryder, a spokesman for US Army Central.

“Pentagon officials in Turkey are currently assessing how to mitigate the impact that this closure may have on our customers and soldiers.”

In September, Turkey demanded Washington put forward “a real plan” to combat the IS group.

Mr Erdogan has also angered the EU by refusing to sign up to a deadline for reinstating the death penalty.

Hundreds of thousands of people have been killed and millions displaced in Turkey’s three-decade fight against the PKK.

Turkey scrapped the death penalty in 2004 as part of its EU membership bid, but Mr Erdogan has said he may reinstate it if US President Donald Trump moves ahead with a “foolish” campaign promise to introduce it.

How to track your kid’s disciplinary record