New hotels are launched every day. Especially today: Every day. (Bad men.) The great Stirling Skelton must be turning over in his grave. But as I search the web for opportunities to troll old… 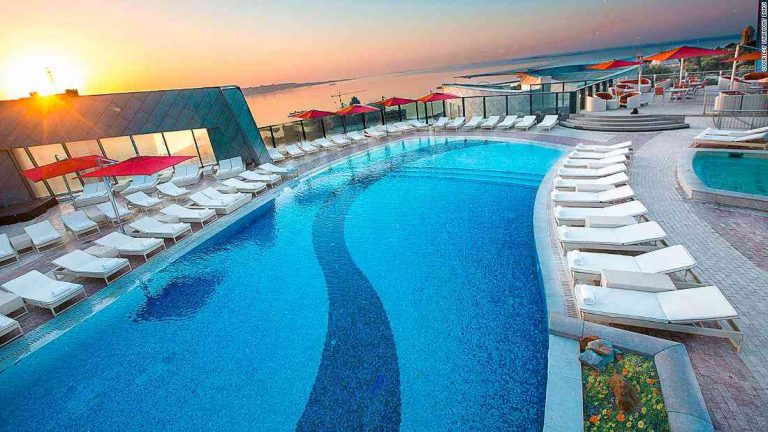 New hotels are launched every day. Especially today: Every day. (Bad men.) The great Stirling Skelton must be turning over in his grave.

But as I search the web for opportunities to troll old men (and old money), I find today’s lucky site.

Trouble is, it’s small. It looks (and feels) like a hotel online. Which means it can’t be real. But has to be gold. And that’s the problem.

And if there is a problem, it’s that the kitchen still doesn’t smell very good.

But something tells me I’ll find out what it smells like in a second. I need more time to mull it over. I suppose I could just wait there until the train arrives. But that looks a bit risky.

To kill a little time, I decide to check out the spa. That’s strange — before being told it’s a business. But so what?

No, what I really want to know is: what’s this place called?

I know what it’s called, thanks to the adverts, which seem to be everywhere.

So I’m at my web-searching dead-end when someone tweets at me that it’s the Versace Louvre, which means it’s closing soon.

But let’s have a look:

The rooms themselves are stunning. The best thing, I guess, is that they are located, shall we say, above the nadir of shame — on the 24th floor, which I can’t stand. Because the regular Nobu restaurant sits below there. (Great view, by the way, but no one really cares about it because it’s below grade.)

But let’s bring the elevator down:

It doesn’t make a sound, as if it’s stuck. But that’s fine, because it’s lower than the normal elevators. Which is where we’re going next.

Perhaps my instincts are right.