Written by Derek Thompson, CNN Jack Bauer deserves the credit, but you can’t get a spookier TV drama than “The X-Files.” Christopher Plummer making a scene in “The Proprietor.” Credit: Jean K. Bartsch/courtesy A+E… 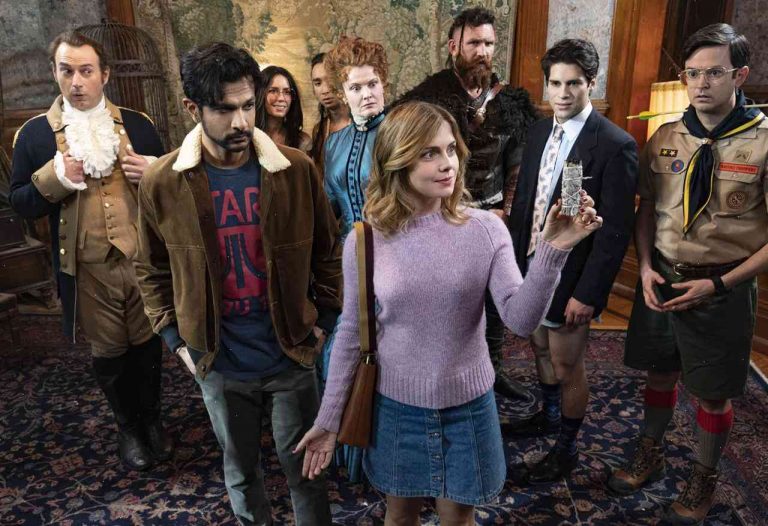 Jack Bauer deserves the credit, but you can’t get a spookier TV drama than “The X-Files.”

This pseudo-documentary hasn’t been on the air for a few seasons, so perhaps you wouldn’t know. It’s actually on Amazon Prime, an odd place to showcase such an animalistic, feverish take on mysteries and ghosts. I’ve seen two episodes, and I fear I won’t be done with them until I’ve heard all the words “Appleton House.”

This is good. I like the ’90s way better than the likes of “Westworld,” and the weirdness of this show gives it its certain power.

J.J. Abrams, creator of both of these series, has also made spooky, occasional revisits, like NBC’s “Mysteries of Laura,” and “Aliens.”

As with “The Proprietor,” it’s also possible that his name will actually save you from being bamboozled, if you know it. Of course, in the case of this intriguing “Mysteries of Laura,” it doesn’t: the storyline is getting a major refresh that gets rid of Laura’s even creepier husband, and throws him and his antics way, way off the show.

“The Godfather” is usually my first stop whenever I want to look back at last week’s ratings — but check out this Friday, which marks the 50th anniversary of the “Godfather II” release.

It looks as if the gangsters of the mob drama, the Don of them all, the Godfather of them all, have gotten themselves quite literally dragged down to the level of the bottom.

The current $1 million price tag puts Francis Ford Coppola, the filmmaker behind the film, a few seats higher than Meg Ryan, the actress who played his wife, whom he had last seen off in a car last season, chugging on her cigarette and drinking her second cup of coffee.

Jeff Bridges, who played a family consigliere, looks like he is starving to death. He’s apparently being positioned in the role from “Northern Exposure,” the delicious 1990s television comedy about a Midwestern father from New York who moves to a small New England town and becomes a mysterybook detective.

As if on cue, Coppola, looking like a faded movie veteran with a few gray hairs, took to Twitter with news of his current “shamelessly parasitic place” for writing and directing another installment of the “Godfather” saga.

Next they’ll come for, say, Chauncey Gardner from “Door to Door,” who is played by Ricardo Montalban, who is bad-at-his-job. And maybe Tatum O’Neal, the daughter of John F. Kennedy Jr. … or why not, they could just pull Jerry Lewis on for a cameo as his SCTV character Gerry?

Whatever happens, now that Francis has himself been caught in the making of the latest instalment, I hope that Claire Cunningham, the tough-talking wiseguy who is a big ‘ol adviser in the reboot, plays better than the typically intemperate Todd Bridges. She needs to do something different — like become wind-machined in a time machine that allows her to see the future in glorious slow motion.

A six-episode “Godfather II” is on tap for later in November, ahead of the November 28 release of “The Godfather: Part III,” which still has not been made.