“The whole point of the game is to communicate,” T.J. Warren of the Buffalo Mavericks told Bleacher Report. “You can’t just call the whistle everywhere like that.” The official you see walking up to… 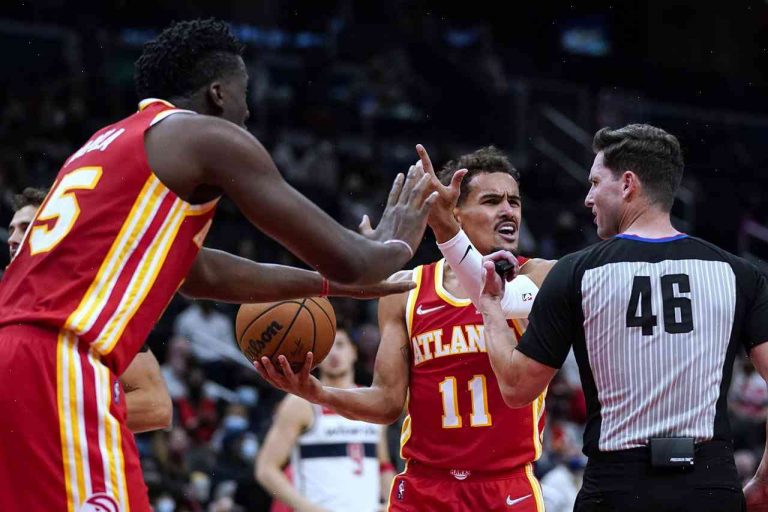 “The whole point of the game is to communicate,” T.J. Warren of the Buffalo Mavericks told Bleacher Report. “You can’t just call the whistle everywhere like that.”

The official you see walking up to a player. The one sitting in the front row, even. Forgive their mistake, but can he be sure it’s clearly his checkmate when he’s tossed or block at the halfcourt line?

The league’s officials are getting an education in how to catch these types of fouls. Officiating crews that included NBA legend Dick Bavetta have been told to be aware of fouls where the offender is essentially in the clear.

But will the league be checking the video in each game, like it does for every flagrant?

“We don’t know yet,” PG Thabo Sefolosha said. “But we’re talking about it.”

Last season, San Antonio Warriors forward David West apparently did not like getting whistled for a foul in preseason (not that that’s really a true record). The immediate culprit for the rough ride, the TV broadcast showed, was a big bump West made in front of referee John Gobrecht. Now, the power fell to Gobrecht’s station as referees discussed West’s non-call, but he only happened to step in a little thickly on the former Spurs forward. Gobrecht then appeared to point at West and offer up a foul to which West responded “get the fuck outta here,” as the player left the court.

West later said Gobrecht had been trying to swear at him for “a while,” prompting Gobrecht to drop his g’s. And West called fouls on Gobrecht for it as well.

“I don’t know if it was his way of saying something to him or just because of what happened,” Warriors coach Steve Kerr told The New York Times. “It was very uncalled for.”

In a 2009 documentary entitled Dump In, Player, called after Steve Nash was “disrespected” by a referee during the NBA lockout, the Toronto Star’s own Kirk Edwards told how Phoenix Suns executive Rick Welts showed his full support of the local ref. A pathfinder would simply be to do the same for anyone currently being subtly suborned by a coward officiating crew.

“Imagine a referee having the balls to tell [league COO] Kiki Vandeweghe and everyone who works in the league office that they were so close to calling my violations [of rookie] rules and rules were being called [on] the other two dudes in the college tournament,” Warren told Bleacher Report. “We want officials to learn how to communicate with us and not get us frustrated with them.”

If the goal of rule changes this season were to teach officials not to take poetic license with what the rules mean, how about it?